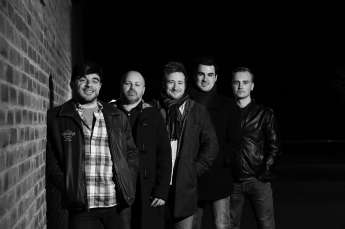 The Horse Tornadoes are a piano and guitar-led band, bringing their jaunty brand of indie-rock and pop to the masses from their Aylesbury headquarters. Bringing together a series of catchy original songs, the band have developed their sound, culminating in the recording of EP tracks and winning a place at the Live in the Park Festival in Buckinghamshire in 2019.
The boys, from all corners of the UK, are Andrew Waugh (guitar), Andy Blackaby-Iles (Bass), Chris Boggon (Piano/Keys), Joel Kirk (Percussion) and Jonny Sanday (Vocals). Inspired by a range of artists from the classic rock of Bon Jovi to the pop hits of Scouting for Girls, their original songs bring something different to local music...with their own unique spin on a few covers thrown in.
In January 2019 they'll be on the line-up for the Live in London Festival, and their tracks are available to stream on Reverbnation and SoundCloud.
website
Steve Winch & The Inception 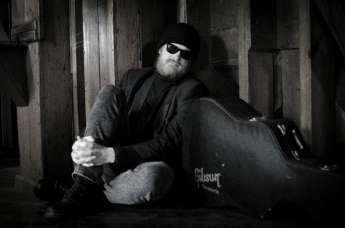 Steve Winch is a singer/songwriter and troubadour with a compulsion to perform. Naturally at home before an audience, Winch has played everything from small, intimate venues to festival stages. Either completely solo or with his band of world class musicians, he has played extensively throughout the United Kingdom as well as The United States and Europe.

Taking inspiration from life and the world around him, this artist writes with a heartfelt honesty that delves deep into every facet of the human condition whilst also looking further afield at social and political issues. Biting observations are clearly the order of the day....

Having cut his teeth playing in many bands from his early-teens onwards, Winch has paid his musical dues, evolving into the artist he is today. In October 2011 he released his debut solo acoustic album 'Small Town Adventures In Hi-Fi' to critical acclaim, which is available to buy here on the purchase CDs page.

2012 saw Winch perform around 100 shows, including support slots with luminary artists such as Sandi Thom. Summer 2013 saw the release of his second solo album 'Somewhere South Of Heaven' with a landmark launch show at the prestigious Stables Theatre. 'Somewhere South Of Heaven' is available to purchase both here on the buy Cds page and also from iTunes and all the usual digital outlets.

Since the release of his second album, 2013 and 2014 have seen some exciting developments. Now almost exclusively playing with his band, Winch's sound has evolved to incorporate myriad styles and moods. The third album 'Songs From The Killing Floor: Volume Three' was released October 2014 to critical acclaim and the special launch show at The Stables Theatre sold out months early.

2015 saw this artist support the likes of Will Young (by invitation at The Rugby World Cup Fanzone in Milton Keynes) and Jim Cregan (Rod Stewart's musical director and co-writer).

Another exciting development was Winch's signing to World Domination Music Ltd; who look after his publishing globally. Since signing Winch's songs have been covered by artists as far afield as Nashville TN.
website
Pushpin 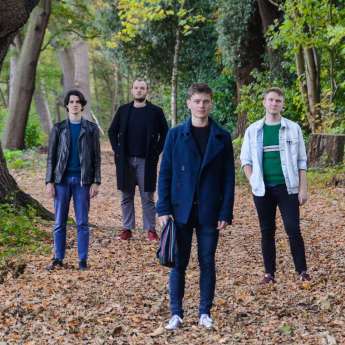 "Pushpin is a London-based psychedelic indie rock band. The group, formed while at university, bring together a range of influences - from the soulful soundscape world of Frank Ocean, to the kaleidoscopic, boogie-able synthpop hooks of MGMT; From the spacey psych madness of early Pink Floyd, to the all-out guitar bashing of Sonic Youth. They also get compared to The Doors more than you might expect. Pushpin returns to the Spice of Life to play an acoustic, or at least drum free, set.
website
New Morning Blues 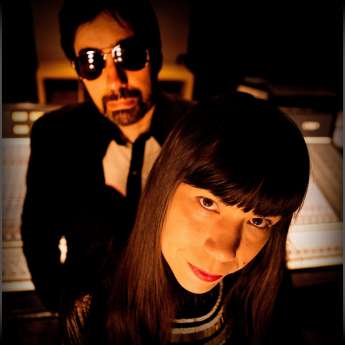 Ethereal, emotional & unconventional, New Morning Blues are here to
captivate you. This progressive duo weave compelling tales through a
fusion of folk, country and indie, with a lush soundscape that ranges from the celestial to the cinematic
website