Figs
Biog to be added.
website
The Young Flood

The Young Flood is an alt-rock brother/ sister duo from the Isle of Wight and now based in London.

We’re The Young Flood. Actually we’re Harriet & John and have known each other since Harriet was 2 days old. We’ve avoided being in a band together for 24 years but finally gave way to the inevitable in 2018. Harriet plays the drums. John plays guitar. We make a surprising amount of noise for two people, some of it in a good way. Our gigs usually go pretty well for the first 25 mins.
website
The Boomsticks 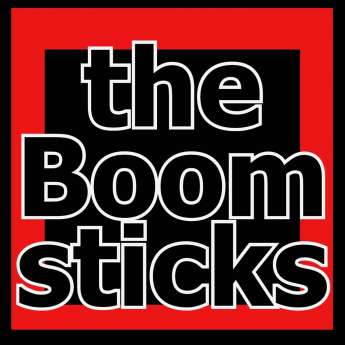 KOOKY are a London based multi European retro sounding pop group.
Ana is from Portugal, Céline from France, Hanna from Sweden and Paul from the U.K.

KOOKY favour many of the artists and songs from what is often considered the golden era of pop; the 1960s and 1970s and their sound and influence is clearly drawn from here. So expect 3 minute songs which are high on melodic and harmonic content (especially on vocals), with interesting lyrics and thoughtful arrangements.

In addition to this the band do not want to become too formulaic so amongst the 30 or so original songs already in their repotoire you will find ballads, folk, guitar pop, rock, country, Euro disco and even a little jazz.

KOOKY are already beginning to attract a following and attention to their fun look and catchy sound from playing live regularly in the London area. The band are currently saving towards funding their first recordings in a professional studio. All music currently available was recorded as home demos.
website